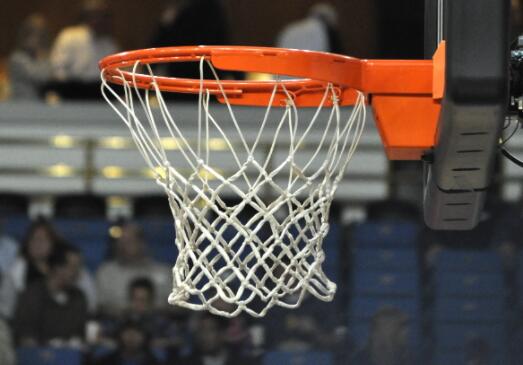 Basketball is one of the most popular games out there in the world today. It has gathered a large following over the years. It was first invented in 1891 by James Naismith, a Canadian physical education instructor. He invented it as a safer, less injury-prone alternative to football. It was played with peach baskets as the first hoops. It later evolved and peach baskets were replaced with modern hoops which were fitted with nets.

The nets served a very specific purpose and were not introduced as a piece of decoration on the hoops. There are however customized nets that are much better looking than plain ones. Stick around to find out the main use of nets in basketball and the different designs available.

Why Is There a Net on a Basketball Hoop?

There are various reasons why the net was introduced to basketball. They include: 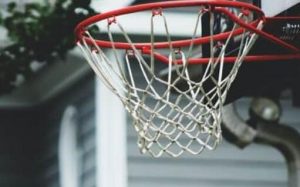 To confirm a basket

This is the main reason why nets were introduced to basketball. It is hard to note if the ball went through from a distance. Without a net, the ball might just pass through without anyone having an idea if it passed through the hoop or on the side.

In the old days, they used peach buckets to confirm if the player scored a basket. These were put underneath the rims and held the ball in them after someone scored. The referee had to go and literally poke the ball out of the basket to continue the game. That is when someone came up with the ingenious idea to have nets instead of peach baskets.

Decrease the speed of the ball

If you’ve played basketball, you might have noticed that if you score a basket in a netless hoop, the ball tends to bounce further and might end up rolling down the street. The nets were also introduced to prevent this. Because of this cone-like shape, the ball sort of gets partially trapped in the net decreasing its momentum. This means that the ball will have less energy hitting the floor reducing the chances of it bouncing away. This will reduce time wastage and save your energy as you won’t have to chase the ball.

Does a Basketball Net Affect your Shot?

This is a common argument in the basketball community. Even though it is not scientifically proven, players say that the net helps them better spot the rim.

It is hard to not see a basketball rim if there is a white piece of net hanging from it. Although there is some truth in this, I mean the part where it makes the rim easier to spot, it does not necessarily mean that the player’s accuracy is affected. In fact, many players seem to shoot just okay when playing in netless courts. Their accuracy is not affected at all.

All in all, it depends on the player’s preference. Some prefer the rim with a net attached to it while others have no problem shooting baskets into netless hoops.

Can You Play Basketball without a Net?

A net is not a necessity when playing basketball. In fact, the only thing you need to play basketball is a court and a ball. You don’t even need other players. You can simply practice shots and dribbling on your own. It is however much more fun with someone challenging you.

As a matter of fact, many community basketball courts don’t have nets on hoops while those that do have extremely worn-out nets. This is not ideal as it increases the level of danger as someone will have to chase the ball down the road after a basket is scored because there is nothing to slow down its momentum.

The main reason why these courts don’t have nets and are in poor conditions is because of mismanagement. The municipal does not allocate funds for repair forcing kids to play in these undermaintained courts.

There are many kinds of nets. The most common are nylon, polyester, and chain nets.

Nylon nets are the cheapest in this list as the materials used for their production are cheap and easy to find. They are commonly found in community basketball courts. Their low cost however comes at a price. They rip easily and last a shorter time compared to the other kind of nets. 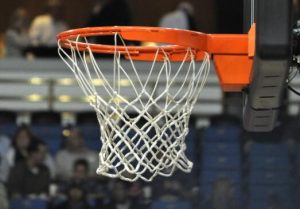 Polyester nets are more expensive compared to nylon nets. They are commonly found in indoor courts like school basketball courts and professional basketball stadiums. They last longer than nylon nets and are easier to maintain. 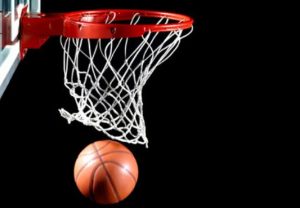 As for chain nets, they are the most durable of the batch. They are however not as common as the other two. Players love them as they produce a more pleasant sound compared to the other two. They however have the issue of tangling which is a great nuisance when in the middle of a blood-pumping game. 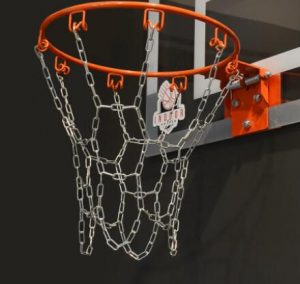 The last thing anybody would ant during this time is the pace of the game slowing down. The other drawback is the fact that they tend to wear the ball faster. Knowing this, don’t be surprised if the grip on your ball wears out faster.

In regards to how the nets are made, nylon and polyester nets are made by weaving together the strings in a specific pattern. They are then fixed onto the rim on the allocated rim hoops. As for chain nets, pieces of metal are linked together to form a net.

Why Do Some Basketball Courts Have Chain Nets?

The type of chain mainly depends on those who are building the court for the first time or those fixing the rims and nets. The players may also prefer a certain type of net to another.

Players love chain nets, especially for the sound they produce. They also last longer than other net types. One can even hang from them safely even though it is not advisable. They are almost the same price as polyester nets but last way longer than any other types of nets if they are not misused.

They however have their drawbacks. The chains tend to tangle up easily compared to other net types. We’ve also talked about how the nets increase the rate of wear on the balls themselves.

There are a lot of things to consider when picking the perfect net for your court. They include the budget, the players who are going to be using the court, intended use of the court, and long-term goals.

When it comes to budget, Nylon nets are the clear winner if one is looking for a cheap net. Chain nets are fairly more expensive and harder to install. However, if money is not the problem, I would advise you to install a chain net mostly because of aesthetic aspects and long-term use.

The players also have to be considered when picking a net. If your team consists of people who like to dangle from the hoop after dunking, it is advisable to fit chain nets. They int break easily when someone swings from them. Plus, the players are most likely to choose chain nets because of the beautiful sound it makes after a basket.

As for the intended use of the court, the main aspect to consider is whether the court is going to be used as a competent court or just a practice court. Here, the nylon and polyester net are considered as they tangle less easily and are less likely to wear the balls and accidentally injure the players.

When it comes to long-term use, the chain net is the clear winner. It will last you decades if it is well maintained, which we can’t say the same for the nylon net.

How High is a Basketball Net?

The standard height of a basketball hoop is 10 feet. This was set by James Naismith the inventor of the game. Most nets are 15″-18″ long.

This might seem very high but with the average height of NBA players being 6-7 feet, it is not that high to them. They are even able to dunk and hang from the hoops. You might be asking yourself how this is possible for players shorter than 6 feet? With the right training, one is able to increase their jumping height.

How Long Do Basketball Nets Last?

It all depends on which type of net you have installed. Nylon nets last the least time which is about 1-1.5 years. They tend to wear easily and this explains their cheap price tag.

Polyester nets tend to last longer than nylon nets. The material takes longer to wear and can last up to between 3-4 years when properly maintained. This explains their slightly higher cost compared to nylon nets.

Chain nets on the other hand might be considered eternal. These nets don’t break easily. When made of the right material, they will last you up to 10 years. That is if they don’t end up rusting or if that one guy does not end up yanking them from the hoop.

When did basketball start using nets?

Basketball started using nets in 1906 when people got tired of having to go and physically retrieve the ball from the baskets.

What is the first net used in basketball?

The first net used in basketball was peach baskets. With these, the ball used to be trapped in the baskets and a player had to retrieve the ball after a basket was scored.

How many holes does a basketball net have?

There is not a set rule on how many holes a basketball net has. It all depends on the manufacturer’s design.

Are all basketball nets the same size?

All basketball nets are required to be 18” at the top and at least 15-18” in height. They should also have a tapering design to slow down the ball as it passes through.

Who invented the basketball net?

James Naismith, the man who invented the game was also the person to invent the first basketball hoop. However, it was not at all similar to the modern hoops. The first net used in basketball was manipulated peach baskets.

How do you practice basketball shooting without a net?

You don’t necessarily need a net to practice shooting basketball. What you need are a hoop and a ball. The net is just there to slow down the ball and confirm that you made the basket.

How do you put a net on a basketball hoop?

The larger side of a new net comes with strings that you insert into welted grooves in the hoop. You simply slip these strings in the holes and tightly knot them.

Can you wash a basketball net?

It depends on the material. Nylon and polyester nets can be washed. It is however not advisable to dry clean. Just hand wash and hang to dry.

Nets were introduced to basketball to serve a very specific purpose. Even though they are not compulsory when playing the game, it is advisable to fit your local hoops with them. Try chain nets for a much longer-lasting option but if you are on a tight budget, nylon nets will have to do. You can then enjoy your game better.