Suppose an NBA team has spent all its cap space and lacks any annual or mid-level exception. In that case, it can sign its players to a minimum-salary contract, and this can only be contradicted if only the club is against its hard cap.

Teams that can access the non-taxpayer mid-level exception or cap room are more flexible and can easily sign their players to a long-term contract with minimum salaries. But then, teams that do not have cap room and have no other alternative on hand can employ minimum salary exceptions to take as many players to the hard cap limit.

These contracts can be long-term, up to two years. This one is different; unlike others like the bi-annual and the mid-level, the minimum salary exception can be used as many times as possible depending on the club’s preference. 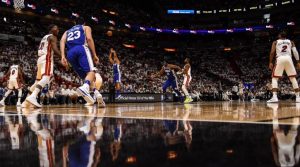 Have you been curious to know what the minimum salary is? And I won’t mind knowing what this annual pay would look like. Looking at the 2021-22 basketball season, the minimum salaries for the league lie between $925,258 and $2.6M annually. The difference in salaries between each player depends on their experience and achievements. 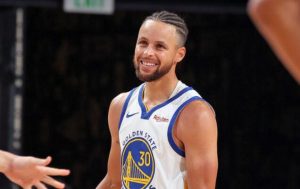 What Is the Minimum NBA Rookie Contract?

Contracts are given in the league depending on the years of experience a rookie has stayed in the league. A rookie capable of making the team through the NBA minimum salary will luckily get $925,258.

An example is Trevor Ariza, who signed a contract with the Los Angeles Lakers, spent 18 seasons in the league, and made 2,641,961 dollars which is the minimum payment a player with more than ten years of experience can be paid.

The NBA contracts will only be increased in the coming years, and very soon, we shall be listing down the top earners in the NBA being paid $50,000,000 or more every year.

How Long Is an NBA Rookie Contract? 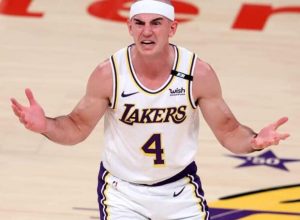 The NBA rookie contracts run for four years for the teams picked in the first round, with the team having an alternative whether to keep the players for the third and fourth years.

The value of the contract lies between 80% to 120% of the amount slotted. Only free agents and second-round picks can sign contracts of different lengths. On the other hand, the rookie minimum wage for the 2021-22 season is about $1 million.

Who Is the Lowest-Paid NBA Player?

The player with the lowest pay in the 2021-22 NBA Season is Demetrius Jackson, a player of the Boston Celtics, who receives a salary of $92,857 for the entire season.

The NBA is popularly known for huge contracts for top celebrity players; many NBA players are paid millions. But some of its players are not paid these extravagant amounts. This may make you wonder how the lowest player is paid.

Who Has the Highest NBA Salary? 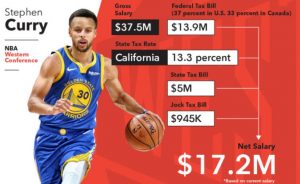 If you are told to name a player with the highest salary, you could most likely name 4, But there is one influential player who would stump about 95% of the most avid sports fans.

It is unbelievable that Steph Curry is the leading among all the NBA’s top earners. This amazing player will earn around $45,780,966 during the season. On the other hand, his colleague Klay Thompson is among the top 10 with $37,980,720.

How Much Does JA Morant Make?

Ja Morant’s Worth is $80 Million US Dollars. His total earnings exceed $11 Million in salary every year. Ja Morant is a well-known American professional basketball player for the Memphis Grizzlies belonging to the National Basketball Association. He was chosen to the Grizzlies club with the second pick during the 2019 NBA, and this earned him the NBA rookie of the year 2020. He emerged as the first player in NCAA history to get 20-plus points and 10-plus assists in each game in one season.

How Much Is A 10-Day NBA Contract?

10-day contracts are among the most known way of signing different participants for the NBA teams. Usually, this is done during the second half of the season, when the team wants to maintain their rosters and enhance the depth.

The NBA strictly runs the 10-day contract for exactly ten days. These contracts are worth $50,000 to $130,000 depending on the years a player has played in the NBA and the level of experience. Some players are signed in for up to 3 matches as well.

The minimum salary in the NBA club may not be anywhere near LeBron James or Steph Curry, but it is still a huge wage compared to other sports. Players usually look for a second chance and sometimes end up in the NBA minimum, where they get the right people to offer them enough money for their satisfaction.