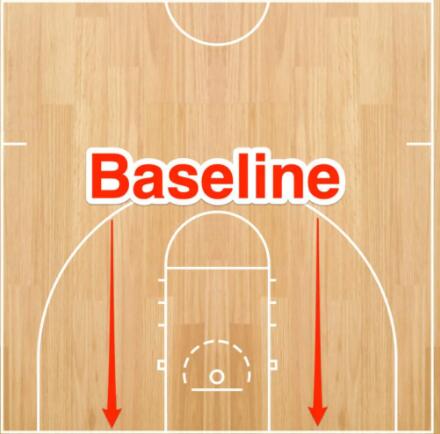 Whether you are a professional basketball player, just beginning to train, or have the slightest interest in it, you agree with me that understanding how it is played entails knowing the parts of the basketball court.

Truth be told, most people are a little unsure about what a baseline is. While most sources contain this information, very few have simplified yet informative material about the baseline, which has a significant role on the basketball court.

This detailed yet simplified article will definitely clarify what it is, where it is, the rules around it, and how teams utilize it during a game.

What Is the Baseline in Basketball?

The baseline in basketball is also known as the Endline. It runs from one sideline to the other behind the backboard at the ends of the court. Endline or baseline is, in some instances, used interchangeably. It all depends on which team has the ball position.

It serves to provide a boundary on the floor. Baseline is also used strategically by both defenses and offenses. It is commonly known as the line under the basket you are shooting at.

If it is touched by a player possessing a ball with any part of their body or the ball itself, it is considered out of bounds. The ball is usually returned to the other team. 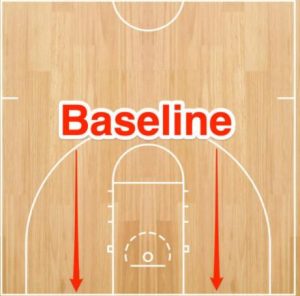 Where Is the Baseline in Basketball?

The baseline is located exactly 1.219m (4 feet) behind the basket. It usually has about 15.24m (50 feet) width on almost all courts. However, this may be different on infrequent occasions.

It runs from one sideline to the other one.

How Many Baselines are There in Basketball?

They are usually two baselines in the basketball court located on each side of the court. During the game, they serve as an out of bounds line spanning the width of the court. This is why it is referred to as the boundary line.

Other boundaries include the lane lines, which run from the baseline to the free-throw line. 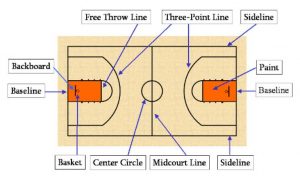 What Does it Mean to Run the Baseline?

After an inbound pass occurs in basketball, the referee hands a player a ball. The player must be standing out of bounds.

Running the baseline is advantageous since it helps the player find an open teammate to inbound the ball. 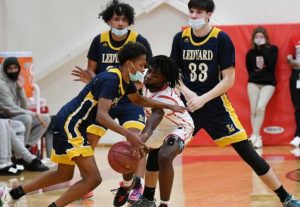 • Force middle – this means forcing the ball towards the baseline and then working to stop the drive. This is done to prevent the ball from reaching the short corner. This is done to avoid a defending player on the wing (located on the side of the court near the free-throw line extended) from dribbling the ball into the middle.

• Baseline cut – this is when a player runs through along a baseline. This is usually an attempt to get an open near the basket while behind the defense. It is usually one of the most effective off-the-ball baseline techniques since the defensive vision usually faces up the court.

• Baseline screen – these are screens meant to block the defensive player. They are set in order to give the screener’s teammates a better chance of getting open. In this case, their defender must avoid the screen to get back into a defensive position.

What Is the Difference Between Sideline and Baseline?

It is important to note that the baseline, endline, and sideline determine the size of the playing area. Actually, they are the boundaries of the court.

Players are not supposed to cross any of the four lines, two baselines, and two sidelines holding the ball. If a player does so, the referee makes a bonds call where the opposing team is awarded possession.

How Do You Protect Your Baseline in Basketball? 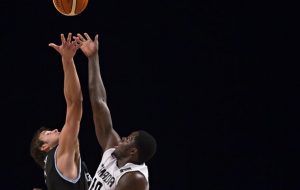 Box pressure is created when the ball defender pressures the ball handler to the corner, and ball reversal is denied. The options of the offensive player are now limited to a baseline drive. For this reason, individual players should be very prepared to defend against the baseline drives.

The defenders can defend using their legs using one of the following methods.

It is crucial to ensure that the hands are above the shoulders to contest or discourage the pass or shot options in the above three methods.
When the ball handler is driving the baseline, off-ball defenders can support them in one of the following ways.

The difference between enjoying a game and not being interested in it is simply understanding it and its terminologies. Understanding prevents the scenario where one cannot learn and play the game or a fan lacks an idea of what the commentator is talking about.

This is why in basketball, fans too need to know the parts of the court as it gives them a better understanding of the game and helps them stay informed on what everyone else is talking about. After all, you cannot enjoy a game that you do not understand!