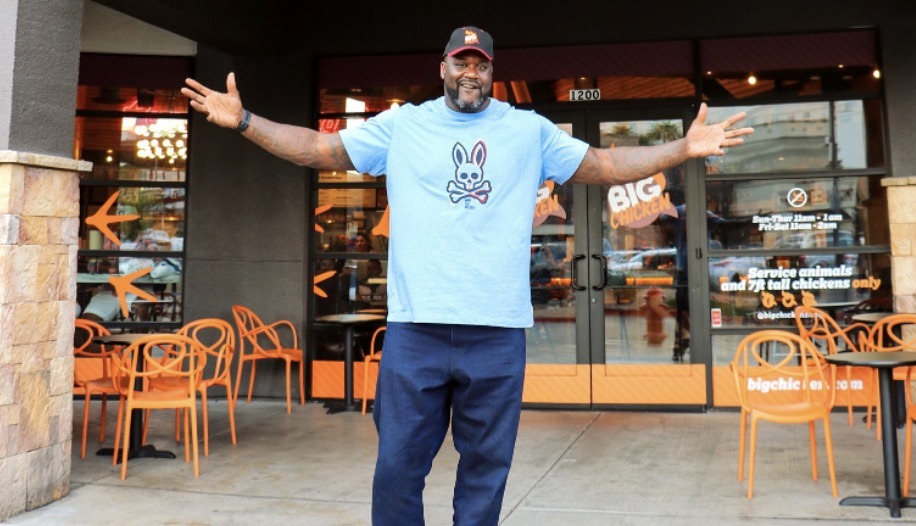 Shaquille Rashaun O’Neal or famously known as the Shaq is evidently one of the most dominant basketball players and greatest centers of all time. The 7-foot-1-inch and 325-pound Lakers legend played for six teams over his 19-year career in the National Basketball Association (NBA) and managed to win 4 NBA championships for his team.

But the NBA star didn’t slow down at all even after leaving the basketball court. With his jovial personality, basketball fame, and intelligence, the Big-Diesel grew his net worth to a staggering $400 million.

Let’s check out how many businesses does Shaq has invested in: 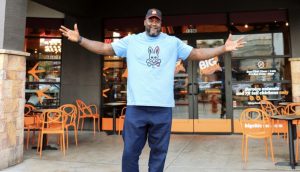 Contents show
1 How Many Businesses Do Shaq Own?
1.1 Shaq Retired From NBA with Some Big Bucks
1.2 Shaq and The Food Industry
1.3 Walking into the Fashion World
1.4 Understanding Health
1.5 Automobiles and Car Wash
1.6 Going Beyond With Tech
2 What New Businesses Has Shaq Been Involved in Recently?
3 Moreover!

How Many Businesses Do Shaq Own?

When it comes to investing Shaq’s portfolio is extensive and diversified to more than 50 brands. Along with his team, he has been able to invest in both kinds of businesses whether they are growing businesses that have the potential to become big in the future or ones that serve people with their daily needs.

Shaq Retired From NBA with Some Big Bucks

By the time Shaq retired from NBA, He had earnt over $292 million in his salary and another estimated $220 million from the endorsement deals he signed. Shaq has mentioned in many interviews that he avoids advertising and investing in companies whose products he never himself uses.

As an intelligent marketer, he further explains saying “If I don’t like something, people will notice it anyway”. Shaq has mostly focused his investments and efforts on companies that are oriented towards the middle class and prefer to advertise products that are available to everyone.

Shaq and The Food Industry 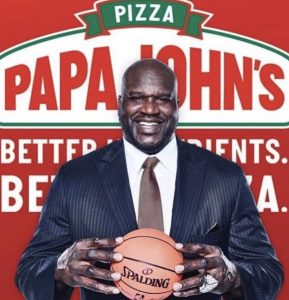 One of the significant investments Shaq has made is his partnership with Papa John’s. Shaquille joined the company as a member of the company’s Board of Directors and the investor of nine Papa John’s restaurants in the Atlanta, Georgia area. He also signed a marketing agreement with the organization and became the face of Papa John’s Pizza.

Apart from Papa John’s, Shaq went really big on his love for burgers and fries. The basketball legend paid around $77.5 million to buy 155 Five Guys Burgers restaurants which were approximately 10% of all the Five Guys across the U.S.However in 2016, he decided to sell all of his Five Guys restaurants and started his fast-food chain called Big Chicken. Big Chicken specialized in mega-sized chicken sandwiches bulked up with items such as coleslaw, macaroni, cheese, etc.

But the love of food didn’t end at burgers, fries, and pizzas, the aromatic and delicious soft pretzels of Auntie Anne’s persuaded O’Neal to invest around $7 million into the food chain and he got 17 franchises of the company from which 9 are in Michigan and 8 are in Buffalo.

Finally, the Big-Diesel has expressed his love for the fresh hot doughnuts of Krispy Kreme. Even though he said he would like own around 100 units of the 83-year-old Krispy Kreme, he owns one Krispy Kreme in Atlanta which cost him around $2.75 million.

Walking into the Fashion World 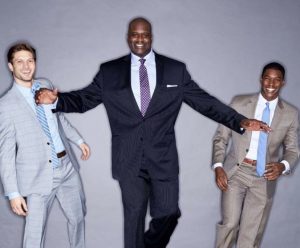 While he was retiring, Shaq started to read and learn about how people and celebrities like Michael Jackson live forever and decided to call the famous brand management company, Authentic Brands Group. The American organization has an impressive portfolio that includes apparel, and sportswear brands including Forever 21, Aeropostale, and Brooks Brothers and has also had partnerships with Marilyn Monroe, Elvis Presley, and JCPenney.

Shaq’s main focus was on selecting retail and fashion chains that provide high-style designs and fashion basics with attractive pricing. His Reebok partnership started way back in 1992 when Shaquille signed a $15 million contract with Reebok to launch his own sneaker line which was called Reebok Shaq Attaq. With the recent purchase of Reebok by ABG, Shaq has discussed his ambitions with the new collaboration.

During his retirement, Shaq made a deal with ABG who was going to buy his name brand and invested the money back into the company and became the second-largest individual shareholder in Authentic Brands Group after all these years we can say that it was a great bet.

While Shaq already invested in sneakers and apparel companies, he decided to go one step further and in 2004 announced a partnership with the 24-Hour Fitness brand. The partnership included the creation of uniquely branded 24 Hour Fitness Shaq Sports Clubs and also enlisted O’Neal as a new face for 24 Hour Fitness print and TV advertising. Currently, Shaq owns 40 24-hour fitness centers.

Shaq also partnered with Vitamin Water and received around a 5% stake in the company Alkaline Water, both of which focused on clean and mineral-rich water. He also has put investments in Muscle Milk, Enlyten diet strips, and Susta sugar substitute. 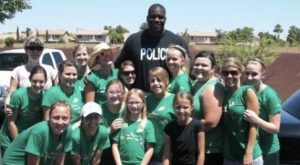 Talking about his investment style and decision strategy, Shaq once mentioned that he really likes to invest in car washes as the requirement is only soap and water and the profit ratio is bigger in this business. Currently, Shaq owns around 150 car washes and considers it one of his top profitable businesses. Big Diesel has also invested in the online taxi booking company, Lyft.

Going Beyond With Tech 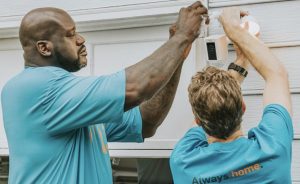 One of his really beloved stories includes a Doorbell company called Ring. Shaq decided to invest in the company after he was able to monitor his house from china and talked to the person who visited. He ended up becoming an early investor in the company when Amazon bought Ring in 2018 for $1 Billion. His investment was paid off extensively.

Shaq also became an early investor in Google and invested in the tech organization in 2004 before it even went public. He also put in a big chunk of money in telecommunications conglomerate Comcast and other big tech firms such as PayPal, Twitter, Dropbox, and Airbnb.

What New Businesses Has Shaq Been Involved in Recently?

In 2021 Shaq, Shaq was selected as the strategic advisor for the $3billion merger between Beachbody and Myx Fitness with Forest Road Acquisition. O’Neal along with Omid Farhang founded an ad Agency named Majority that focused on bringing diversity to the field of ad agencies.

By developing a new line of basketball shoes, apparel, and high-tech fitness kits and ensuring diversity, Shaq is staying true to his roots and trying to provide affordable products to everyone who needed them without compromising either on quality or style.

Shaq also owns a share of the Sacramento Kings and helps basketballers to pave their way into the competitive basketball world.

The NBA Superstar also owns a shopping center, movie theater, and a number of nightclubs in Las Vegas. Shaq has mentioned that by following Amazon’s Founder Jeff Bezos’s investment strategy and only investing in businesses that can change people, he was able to quadruple his net worth.

The 7-foot 1-inch jovial Big Aristotle still features in a lot of commercials and had multiple ad deals and focuses on finding new business to invest in.