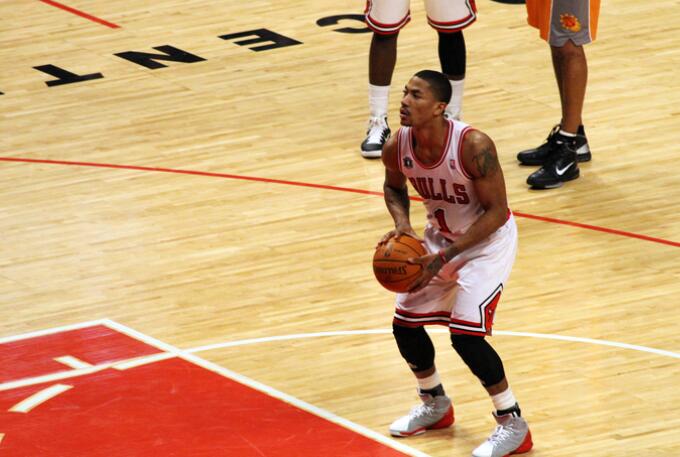 The game of basketball involves a lot of defensive fouls which are made to prevent an opponent from scoring or getting in a position to score points. The bonus situation was in turn created to penalize teams who commit these fouls. This is important to keep these fouls to the barest minimum and ultimately make the basketball sport a fair game to play.

As soon as a team reaches the maximum number of fouls in a given period, the referee gives the other team a bonus which involves free throw attempts on the next set of fouls. The rules are quite different across leagues in basketball but the concept is quite the same. 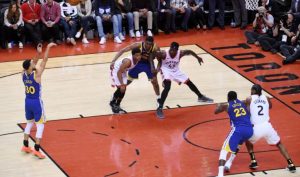 What Does The Bonus Mean In A Basketball Game?

Bonus means free throw attempts at the free-throw line given to a team after the opposing team has exceeded their maximum number of fouls in a quarter or half.

What Is Double Bonus?

A double bonus is just like the regular bonus in that a team gets awarded free throws on subsequent fouls made by the opponent team that has exceeded its fouls limit in a quarter or half. It however differs from the regular bonus in that a player who shoots the free throw gets a second free throw attempt even without making the first free throw attempt. It only applies to the 10th and subsequent fouls. This is mainly adopted in NCAA college basketball games.

What Are Poss And Bonus?

It signifies that in the case of a tie, the ball will be given to that team. After the ball is awarded to one team, “POSS” will be flipped to the other team, who will receive the ball after another tie-up.

Bonuses as discussed, however, are free throw attempts at the free-throw line given to a team after the opposing team has exceeded their maximum number of fouls in a quarter or half.

What Does Being In The Bonus Mean?

Being in the bonus is a phrase used for a team that automatically has free throws each time one of its players is fouled. For this to happen, the other team must have exceeded the maximum limit of fouls in a given period. This limit varies across different professional basketball leagues, but the concept remains the same.

There is a reset of this bonus after each quarter or half depending on the basketball league.

What Is Bonus In Timeouts In Basketball

Timeouts are stoppages of play that can be called by either team to improve their gameplay either by allowing players to rest, making substitutions or by drawing up plays. Bonus in timeouts is the same as a regular bonus in that they are free-to-throw attempts at the free-throw line given to a team after the opposing team has exceeded their maximum number of fouls in a quarter or half.

How Does Bonus Work In Pro Basketball? 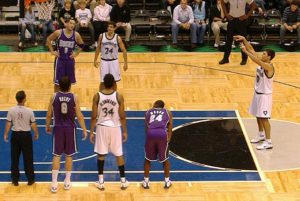 In a basketball game, players in each team commit fouls against each other. The accumulation of these fouls is counted and noted for each team. When a team exceeds a certain number of fouls in a given period, depending on the rules of the league, the subsequent fouls are penalized by giving the other team free throws. The free throws are taken by the fouled player. The limit of fouls in each quarter or half varies depending on the rules of each league.

After each half or quarter, the foul limit is reset and free throws are no longer awarded for fouls until any team exceeds the foul limits.

Fouls are inevitable in this kind of contact sport. Bonus is crucial to the game’s fairness as it is an effective way of keeping fouls as low as possible. It is beneficial to the sport in that it makes fouls less appealing to players.

Assume you’re in a nail-biting basketball game with less than a minute to go. Although the score is only a few points apart and your team is currently behind, there is still a shot at winning. Fairness and equal opportunity are of paramount importance in these moments.

The opposition team’s coach might decide to direct a player to commit a foul against a player in your team tour squad off-balance in these crucial times. Also, imagine there isn’t any penalty for these fouls.

This causes problems for your team seeking to win the match because you aren’t given a fair chance to finish the game strongly.

However, with a bonus in place as a penalty for fouls, teams are forced to play fairly and restrain from committing fouls to win games.

The entire notion is premised on the reality that players will not foul if it ends in free throws being awarded to the opponent. They would, meanwhile, foul if there is no penalty, which is why the bonus exists.

How Do You Get Bonuses In Basketball?

A team gets awarded a bonus when the opponent commits fouls after exceeding the foul limits for the quarter or half.

How Many Fouls In Basketball To Get To Bonus High? 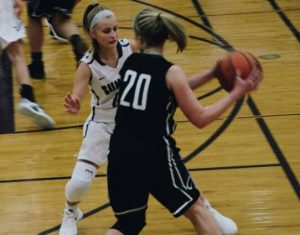 The maximum limit of fouls in a quarter or half depends on the league or level of play in basketball.

For the NBA and WNBA, the maximum limit of fouls is four per quarter. The fifth and subsequent fouls in this same quarter get penalized by giving free throws to the opposition team.

For FIBA, the maximum limit is also four fouls per quarter after which the fifth and subsequent fouls in the same quarter get penalized as free throws for the other team.

For the NCAA however, the maximum limit of fouls is six per half. The seventh and subsequent fouls in the same half get penalized.

How To Be Strategic When In The Bonus?

If you end up being in the bonus due to the opponent exceeding foul limits in a quarter or half, you can maximize this bonus situation by being strategic in your approach.

For example, the team can switch to an offensive mode and make different tactical moves to force the opposing team into committing fouls which will automatically result in free throws for your team and potential free points as a result.

The team might also want to pass the ball to players with excellent free-throwing skills so that they are at more risk of being fouled. This will ensure that they take the free throws giving the team a better chance at earning points from the free throws.

However, for the team that has committed enough fouls for their opponent to be in bonus, this situation can affect their gameplay. Therefore it is important to be strategic in their approach. They can commit strategic fouls against players that are not good free shot throwers. This not only puts them in an advantage in the case of free throws but also slows down the clock and helps them get back in the game.

When the opposition team is in bonus, the other team can also benefit from fouls against weak free shooters as it helps burn out time and disrupt the momentum of the opponent.

Let’s take a look at different rules on bonuses in different leagues of basketball as they vary across the board.

How long does a bonus last in NBA?

As discussed earlier, the bonus situation in the NBA involves a team exceeding four fouls in a quarter. This bonus lasts for a quarter after which it gets reset for another quarter.

If a team commits 2 or more fouls in the last 2 minutes of a quarter, the opposition team gets awarded free throws.

How To Get A Bonus In Basketball NBA?

How about the NCAA college basketball league?

How Does The Fouls Work? 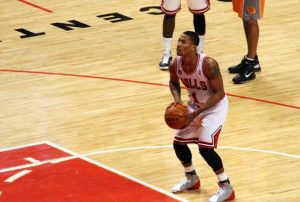 What Determines Bonus In College Basketball?

In each half, a team is in bonus when the opposition team commits more than 6 fouls. The seventh, eighth, and ninth fouls are awarded free throws. The free-throw shooter must make the first free throw to be awarded the second free throw. This is called a one and one situation.

When Did The Double Bonus Start?

Double bonus was first introduced in high school basketball in the year 1989 but was fully implemented in 1991.

How Many Fouls Before Bonus?

What About FIBA International Basketball League?

The concept and rules of the bonus situation in FIBA are quite similar to that of the NBA. Fiba games are split into four quarters with each lasting 10 minutes. A foul committed by a player is counted towards the team foul in each quarter. There is a limit of 4 fouls per quarter.

When a team reaches four fouls in a quarter, the opposition team is in bonus, i.e they are awarded free throws for the fifth and subsequent fouls.

For Basketball Stars, How To Get First Chance At Backboard Bonus

Backboard bonuses are a different kind of bonus in which you get awarded additional points for scoring shots. It is not easy as it may seem, so it is good to practice to bank in multiple shots. A simple approach to do this is to shoot a little harder than normal, catching the back of the rim and a sliver of the backboard, which will give you the bonus.

Fouls are an inevitable part of basketball games. These bonus situations need to be put in place to curb excess fouls and keep them to the barest minimum. It also prompts teams to be strategic in their style of play, gives each team an equal chance of opportunity, and improves the overall fairness of the game.