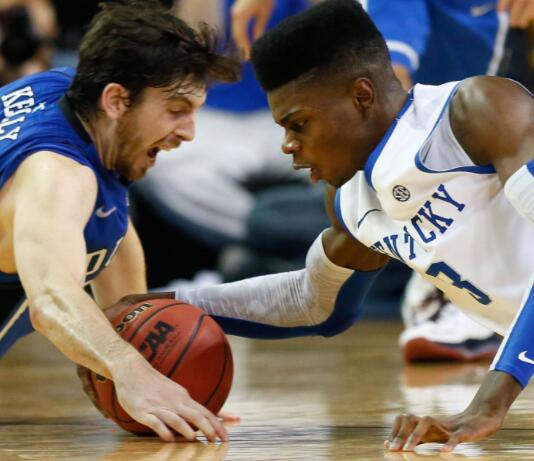 As one of the most popular games, basketball is known for its interesting rules, which makes the game so interesting worldwide. Like other outdoor sports, the game also has a handful of statistics to remember if you genuinely want to take your game to the next level.

No matter how long you’ve been playing basketball, this small share of homework will help you understand the game better.

With that said, here’s a quick breakdown of all the common basketball statistics to learn for your next basketball match. 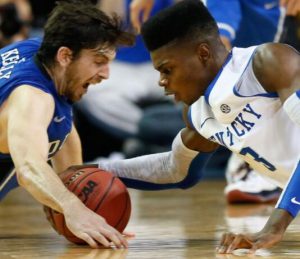 What Do Those Basketball Statistics Mean?

As the name says, points per game define the number of points scored by every player in the game in a specific round or entire career. The best way to calculate PPG is by dividing the total points scored over the number of games played by the player.

When calculating the PPG of a player, it’s imperative to add all the point field goals and free throws to bring up an accurate scoring output to measure the player’s performance in the game.

Rebounds in a basketball game is another name for a missed free goal or free throw by a player to get the ball’s possession and prepare defense from the opposing team.

Rebounds help determine the strength of a player by the number of offensive and defensive rebounds made in a single game.

Put simply, APG is the abbreviated form of assists per game which tells the number of assists received by a player throughout the game. In basketball, each player is offered a specific number of assists after qualifying for a shot with a teammate. It’s a kind of attribute given to every player who gets to score a field goal by passing the ball to another teammate.

The more APG a player scores, the better the average PPG of a player recorded in the game will be.

SPG, or steals per game, expresses the number of steals attributed to a player after the game. In a basketball game, steals refers to the number of times a player gets possession of the ball from the opponent.

Blocks per game refer to the number of blocks achieved by a player in the game to increase the overall PPG. The more attempted shots a player makes, the higher will be the BPG.

Turnovers per game are an attribute given to a player or team after successfully achieving the number of turnovers committed before the game. As a result, turnovers can be allocated to one player or team based on how often they lose or gain possession of the ball.

Unlike other basketball statistics, player efficiency rating is a measure of a player’s performance in a game recorded per minute. PER is calculated by weighing each player’s positives and negatives in the game, including the offensive and defensive goals, to reach an unbiased decision.

As the name depicts, win share is used to determine a player’s contribution in winning a game with respect to the PER (per-minute rating). This basketball statistic helps in accessing the role of every player in the team’s success individually.

With a good win-share record, a team is likely to win consecutive times with the same players throughout the season or a series of games.

The average 3-point percentage of a basketball team should be above 35% to get a good PPG.

A good player should at least have an FTP record of at least 30-35%, depending on the performance in the game.

EFG % of any game is a rough estimate of the team’s winning chances depending on each player’s scoring efficiency. The higher EFG% will be, the more likely a team will win.

True shooting percentage is a metric used to depict a player’s shooting efficiency. To calculate TSP, multiply the total shooting attempt of a player or team twice and then divide it with the average TCS value.

You can also express the formula of true shooting percentage by PTS / (2*TSA) to conclude all the scoring into a single number.

Here we are at the end of the list of the most important basketball statistics. All these combinations will help you track the player’s performance and a team’s likeliness to win the game with a small calculation.

With the help of these statistics, you’ll probably have a better understanding and knowledge of the game than a lot of players who end up violating rules. Be it FTA or PPG; every stat holds immense value to help you play better in the game and achieve attributes in the game.