While basketball anime may not be the most popular in Japan, we cannot deny that they offer quite a great deal of entertainment. Whether drama, comedy, action, or sport, the shows provide precisely everything you are looking for.

If you are new to anime and wondering where to start, don’t worry, we’ve got you covered. The list below highlights the ten best basketball anime series worth watching.

Slam dunk is a classic anime that initially ran from 1993 to 1996, offering one season and within it 101 episodes. It tells a thrilling comic story about Sakuragi Hanamichi, a freshman who joins the school basketball team with no knowledge of the game. He aims to win over Haruko, a girl he loves. Oh, things people do for love. Hanamachi’s love story becomes twisted when he discovers that Haruko has a crush on a different player.

This 90’s mater piece presents the highs and lows of the anime characters, support and teamwork, character development, and, more importantly, determination that brings the team to the top.

You don’t need to be in the spotlight to shine. Tadatoshi depicts this in his anime series Kuroko no Basuke. Kuroko Tetsuya was a member of Generation of Miracles, an outstanding basketball team in Teiko middle school.

Having no super skills, he mostly went unnoticed. The team split up upon graduation, and each member joined different teams in different high schools. Kuroko enters Seirin high school and forms his low-caliber team. Taiga recognizes Kuroko’s abilities and partners with him achieving their ultimate goal to bring Seirin to the top.

Kuroko’s Basketball presents three seasons with 75 exhilarating episodes. The motivating series indicates that we can rise to the top with hard work and determination.

“I will dominate my first high school tournament” is the promise Sora Kurumatani made to his mother. However, upon joining high school, he learns that keeping that promise is more challenging than expected.

The school team is led by two brothers who have no passion for the game. He also struggles with his physique since he is way shorter than others. Backed by his mother’s encouragement, he uses his skills and expertise to challenge and motivate the team leaders.

Ahiru no sora presents 50 episodes of well-plotted storyline with an added essence of real-life situations. 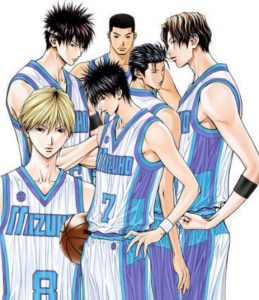 Dear Boys anime is a short, straightforward series that runs for only 26 episodes. The story revolves around young Aikawa, a boy who used to play for a competent team. However, he joins Mizuho high, where the basketball team is weak and is characterized by a conflict that leads to the exit of their couch.

Aikawa, driven by passion and his insistent love for basketball, motivates the rest of his teammates until they achieve their ultimate goal.

Dear boys have less drama and twists than most basketball anime series with complicated plots.so if you are looking for straightforward series to kill a long day, the dear boys are the ultimate choice. 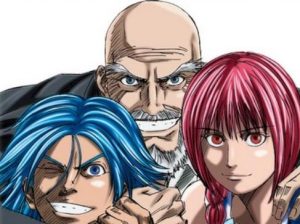 The anime series was aired in February 2005 and ran for only three months. Contrasting most basketballs anime, Buzzer Beater features a world of sport that aliens generally dominate.

Hideyoshi, a homeless new yorker, gets an opportunity to play in the space league, a match against the dominating aliens. Hideyoshi and his team are determined to restore pride to the humans despite the superior traits that characterize the aliens.

Buzzer Beater offers a perfect blend of supernatural beings, humans, and basketball. In my opinion, it would be interesting to watch how the story unfolds. 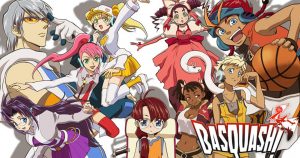 Looking for a series that makes you think about a tech-dominated future? Then Basquash is the series for you.

It offers a wild combination of science fiction and sport. The thrilling anime story unfolds in earth dash, a version of earth that is yet to exist. Bigfoot basketball is the most prevalent game in this world, and it involves players riding on mecha robots around a vast arena.

However, Dan JD and his friends revolutionize the game and name it Basquash. 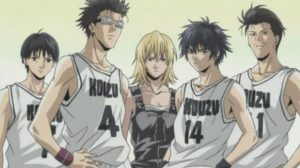 Hiroyuki Asada, a Japanese artist, tells a story about two rivals in an anime series known as Crazy Kouzu Basketball Club. The series combines drama, action, and sport, which offers a thrilling experience.

Hirragi joins Kouzu high school as he is tired of living in the shadow cast by his brother. Little did he know that his longtime rival Tachibana was in the same school and found themselves on the same basketball team.

The two rivals find a way to coexist and work together for the team’s sake. However, this does not last long as Hirrangi gets an opportunity to play for a better team. 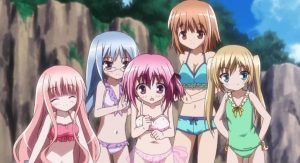 Our life may be impacted permanently when people we look up to make mistakes either because we fear making the same mistake or due to the disappointment that comes from it.

Subaru, the sterling in Ro-kyu-bu, struggles to engage in basketball again following his team couch involvement in a sexual scandal. However, his aunt encourages him, and he becomes the couch of a girls’ team little by little. Through his determination and inbuilt talent, he steers the team towards the top and builds a healthy relationship with them.

Ro-kyu-bu is a series I would recommend as it entertains and offers take-to-bank life lessons. 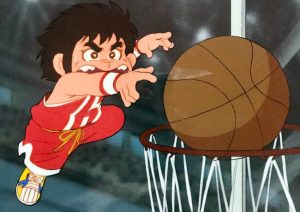 This is an 80s classic consisting of 65 episodes originally aired from 1981 to 1982. a story is narrated about an extremely short boy, Sakamoto Kappei.

However, this is not a problem since he shines in every sport he engages in. Sakamoto’s physique is not the only startling trait; he has a strange obsession with white panties. He even joins a basketball team coached by a female who wore such attire to feed his fascination.

This classic is recommendable for people who enjoy sports anime with comedy and a little drama added to it. 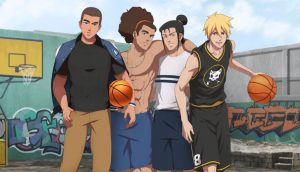 A tragic accident snatches Bren Park, a Korean basketball team player, and all his family members. He, therefore, quits the team as he tries to cope with the incident. The young man with a twisted family history later discovers his biological father was another man and was probably alive. He sets on a quest to find him, and in the process, he joins a local basketball team.

Barangay 143 has 26 episodes split into two seasons. It has a simple, straightforward plot and could be an excellent series to ease your mind to watch after a hectic day.

One lesson to take home is that basketball anime series is not for the actual game lovers only. The shows are precise, and the storylines are entertaining and easy to follow.